They Survived COVID-19, Then Faced Stigma 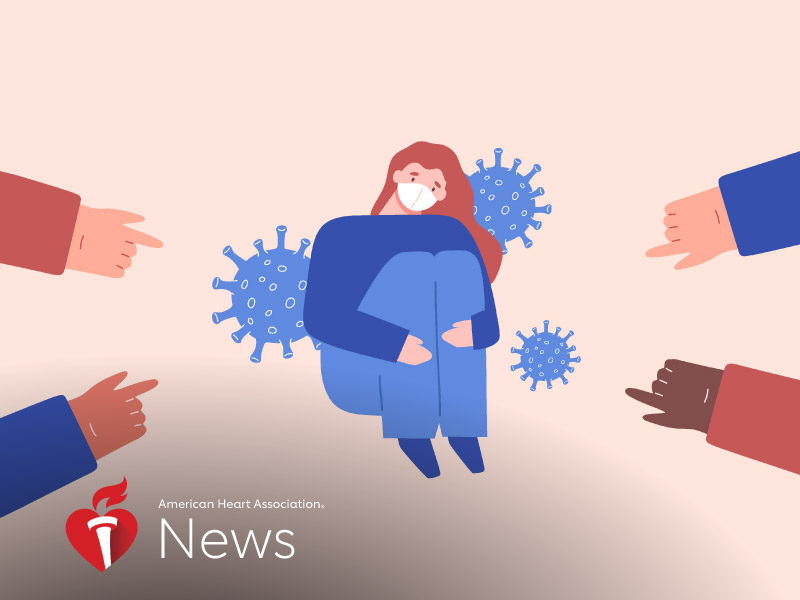 From the moment in January when she first heard about the new coronavirus, Suzanne Kathro worried about catching it. In mid-August, she did.

After she and her husband, Paul, got sick, some of their friends stopped communicating. “Just – poof!” she said. “They are gone. You don’t hear from them.” And when she commented about her case on a neighborhood social media site, one person told her to “put on a Hazmat suit and leave the rest of us alone.”

“It was just like I was radioactive,” she said.

In Atlanta, something similar happened to Marjorie Roberts after she fell ill with COVID-19 in March. People treat her, she said, as if “I’m tainted now.” Friends have ignored her, or even worse, told her to keep quiet, as if she had done something shameful or was exaggerating the danger of a disease that devastated her physically and killed a close friend.

“It’s very frustrating,” said Roberts, 59, who was launching a career as a life coach when she got sick. “That’s one of the hardest parts – the way that you get treated and the people not believing.”

They and other members reached through Survivor Corps, a group formed to support COVID-19 patients, agree that the way society treats them is a real problem. But this does not surprise researchers who study such behavior.

“Stigma associated with diseases is as old as disease in humans,” said Valerie Earnshaw, associate professor in human development and family sciences at the University of Delaware in Newark.

With COVID-19, stigma might take many forms, she said. It crosses the line beyond the healthy cautiousness that leads people to wear masks or practice physical distancing – and although researchers are grappling with where that line should be drawn, Earnshaw thinks “whenever there is a sense that someone is a bad person or did something wrong in the mix, you’re pretty firmly in stigma territory.”

Globally, stigma has led to violence and discrimination against health care workers. In the U.S., Earnshaw said, it’s taken the form of a surge in hate crimes against Asian Americans. Some people have lost their jobs after testing positive.

For Roberts, stigma has led to her being scolded for talking about the disease by fellow Black Americans who thought she was hurting their image by catching something they considered a problem for people of low status.

Many people want to play down the fact that COVID-19 has hit Black people disproportionately, she said, and are “treating this like a dirty little family secret.” Which baffles and angers her.

Henna Budhwani, assistant professor of public health at the University of Alabama at Birmingham, said feelings of shame, self-blame, embarrassment and low self-worth accompany stigma. Those feelings are exacerbated in pandemic times, when people are isolated and fearful.

The harm can be wide-ranging.

“Stigma is a fundamental cause of health inequities,” she said. It’s bad for physical and mental health and can lead to chronic stress, which has been linked to heart disease.

Stigma can even affect people who aren’t ill. “One of the things that COVID stigma can look like is gossip, social rejection and denying services generally,” Earnshaw said. Think of the last time you coughed at the grocery store. Even with a mask on, “you probably got side-eye and dirty looks.”

The roots of disease-related stigma may run deep.

Education and knowledge are key to change, she said. “Correcting any myths, rumors, any stereotypes about COVID – that really helps.” Language is important, too. “It’s just really irresponsible to call this the Wuhan virus or the Chinese virus or anything that could inflame inaccurate stereotypes about the disease.”

The Centers for Disease Control and Prevention and the World Health Organization offer additional advice. For example, community leaders and public health officials can help prevent stigma by sharing accurate information about how the virus spreads, making sure images used in communications show diverse communities and do not reinforce stereotypes, and speaking out against stereotyping groups of people who experience stigma because of COVID-19.


Sharing stories of people who have recovered can be “super helpful,” Earnshaw said. Kathro and Roberts say they speak out for just that reason.

Kathro said survivors have to develop what she described as a Teflon shell that lets them face the world and say, “You can throw your stigma at me, but it’s not sticking.”

Roberts, who still physically struggles to walk to her mailbox almost six months after falling ill, wants people to stop sweeping discussion of the disease under the rug and start acknowledging how it really works.

After Grieving Mother's Death, Teen Commits to Helping Others