Team Gemini Gives Disabled Children Something to Cheer About 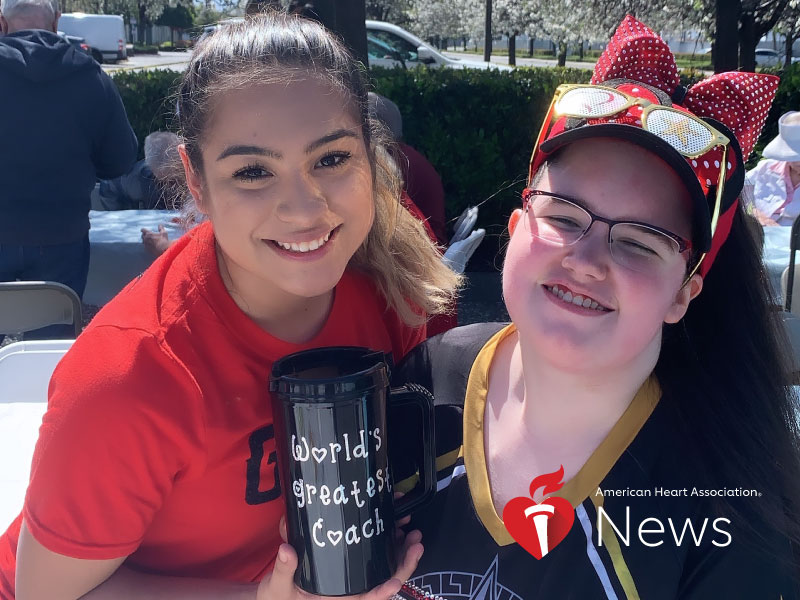 When Presley LeGrande was a member of the competitive cheer team NorCal Elite All Stars in San Jose, California, one of their biggest fans was a teammate’s sister. She had her own NorCal uniform and would try to copy the athletes’ moves, all from a wheelchair on the sidelines.

“When I was 3 years old, I was able to sign up for cheer and there was no question about my abilities,” LeGrande said. Watching her teammate’s sister, she realized how disabled students lacked access to the activities she took for granted.

“In my school, we were usually separated from the kids in special education. When that happens, I think it results in a lack of understanding about their capabilities and no way to get to know them.”

LeGrande, 19 and a sophomore at Santa Clara University, set out to challenge that notion.

In 2018, she started Team Gemini, the area’s first competitive cheerleading team for athletes with disabilities. Cheer routines, which typically involve strenuous gymnastics moves, are adapted for the team’s 16 athletes.

Team Gemini, on hiatus while COVID-19 restrictions are in place, is offered as an activity at NorCal Elite gym, where the practices are held. LeGrande worked with NorCal teammate Genevieve Garcia and her mother, Jennifer Garcia, a cheer coach and special education teacher, to develop the program. Members have ranged from 8 to 22 years old and have had a variety of limitations.

“Team Gemini is for anyone who feels they can’t thrive on an elite team because of physical or emotional disabilities,” said LeGrande, who also spent time as a teacher’s assistant for a middle school special education class. Those might include autism, Down syndrome, cerebral palsy and wheelchair use.

When they first put the word out in the community, parents were enthusiastic but also unsure how to view the program, which is a hybrid of cheerleading and gymnastics.

“People were expecting things like shaking pompoms,” LeGrande said. “But we’ve structured a routine with tumbling, balance and other movements. I think it completely exceeded what they were expecting as far as the level of athleticism their children would develop.”

During practice, parents are allowed to wait in the lobby, but don’t watch the children.

“It was really important for us to allow the kids to become more independent, learn to take directions from us and have that time away from their caregivers,” LeGrande said.

Members also receive conditioning training based on their abilities.

“For someone in a wheelchair, it might be throwing a medicine ball for arm strength. For balance issues, it could be going up and down on a mat,” LeGrande said.

She can tick off a list of achievements, including a boy with Down syndrome who was told he’d never be able to jump but “he does it amazingly,” and a wheelchair user who learned to kick a medicine ball with her legs and feet, the only limbs she can move.

“Just being able to see the little things that are really big for them is really exciting for everyone,” said LeGrande, who has been awarded an EmPowered to Serve scholarship from the American Heart Association. She hopes to open a fitness studio for the special needs community after she graduates from college.

Along with physical fitness, teammates become close with each other, their coaches and the many aides who help out.

“You create a bond that is really unique, especially when we’re traveling to competitions,” LeGrande said. “All of our families became super close.”

Teammate Carleen Bohlin, 19, is among those who have benefited both physically and emotionally, said her mother, Sandra Bohlin.

“From the beginning, the program was really well thought out,” Bohlin said. “Carleen wears braces for cerebral palsy and tires out really fast. But being at the gym was really good for her. She lost almost 10 pounds and moves around much quicker.”

Carleen also made a host of new friends and became more independent, her mother said.

One thing LeGrande said she learned from the Bohlins was to not be afraid to push the athletes.

“The first year, when Carleen wanted to sit down a lot, I would encourage her to take a break, but her mother said I needed to be OK with pushing her,” LeGrande said. “The second year, she hardly ever wanted to sit. The lesson I took from that experience was that just because someone has a disability, it doesn’t mean they can’t be challenged to learn new things or grow.”

CONTINUE SCROLLING FOR NEXT NEWS ARTICLE