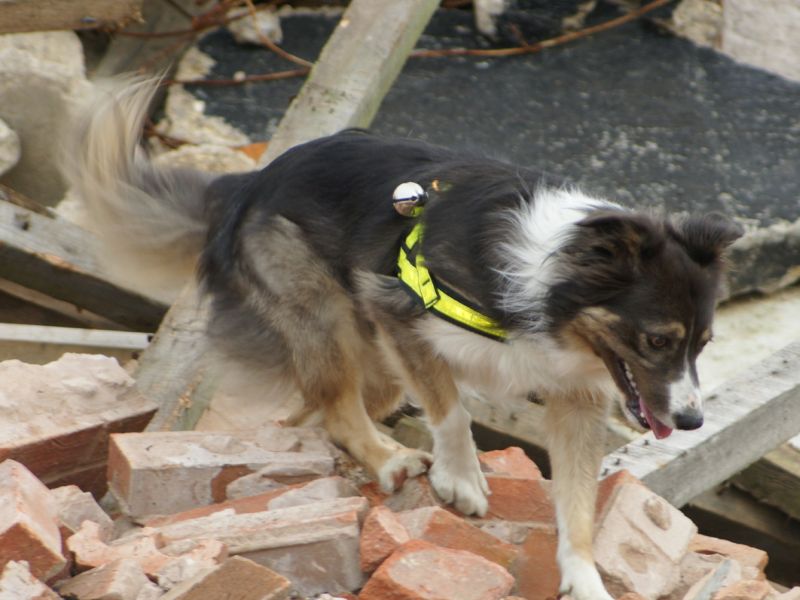 Search and rescue dogs used during the 9/11 attacks lived as long as dogs not at the World Trade Center in New York City and the Pentagon, a new study finds.

“I was at Ground Zero and I would hear people make comments like, ‘Did you hear that half of the dogs that responded to the bombing in Oklahoma City died of X, Y, or Z?’ Or they’d say dogs responding to 9/11 had died,” said Dr. Cynthia Otto, director of the University of Pennsylvania’s Working Dog Center, in Philadelphia. “It was really disconcerting.”

Otto and her School of Veterinary Medicine colleagues’ findings are reassuring.

Dogs that participated in search-and-rescue efforts after 9/11 lived as long as search-and-rescue dogs not at the scene — a median of about 12.8 years, meaning half died sooner, half did not. They also outlived the life spans of their breed. There was no difference in the dogs’ cause of death.

“Honestly, this was not what we expected; it’s surprising and wonderful,” said Otto, a veterinarian.

The researchers expected to see respiratory problems in the exposed dogs, but they did not. The most common cause of death was age-related conditions, such as arthritis and cancer.

For the study, Otto collected data on 95 dogs that had worked at the World Trade Center, the nearby Fresh Kills Landfill in Staten Island, N.Y., or Pentagon disaster sites in Washington, D.C. They compared these dogs with 55 search-and-rescue dogs that were not deployed on 9/11.

“We anticipated that the dogs would be the ‘canary in the coal mine’ for the human first responders since dogs age faster than humans and didn’t have any of the protective equipment during the response,” Otto said in a university news release. “But we didn’t see a lot that was concerning.”

Generally, these dogs are stronger and healthier than pets, which might partly explain why the dogs fared well, she said.

The findings were published Sept. 21 in the Journal of the American Veterinary Medical Association.