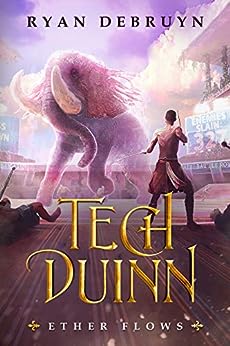 The Sovereign Empire’s power was a lie. A war to enslave the population. A prison planet designed for blood sport.

Brutally trained his entire short life to be a Sovereign Elite and defend the Empire, Azrael instead finds himself a prisoner. Not even eight years old, and without system access, Azrael is abandoned on Tech Duinn. He must rely on his hunting trainers to keep his identity secret. There is no doubt that if people learn his last name, he would wake up in the arena… if he woke up at all.

While fleeing the takeover of Mur, the group discovers how deep despair can drag them. Soon, only the praise of the bloody mob in the Arena Pit Dungeon keeps them alive. Surviving seems impossible, yet Azrael vows to not only live, but to find a way off-world.

Azrael lives only because of applause. Others will die for it. Death or escape is the only way out of the cycle.

There are no reviews yet.

Added to wishlistRemoved from wishlist 0
Add to compare
Health & Fitness

BalanceFrom GoFit All-Purpose Dumbbells in Pair, or Set with Rack