Lung Injuries Should Be a Warning About Vaping’s Risks 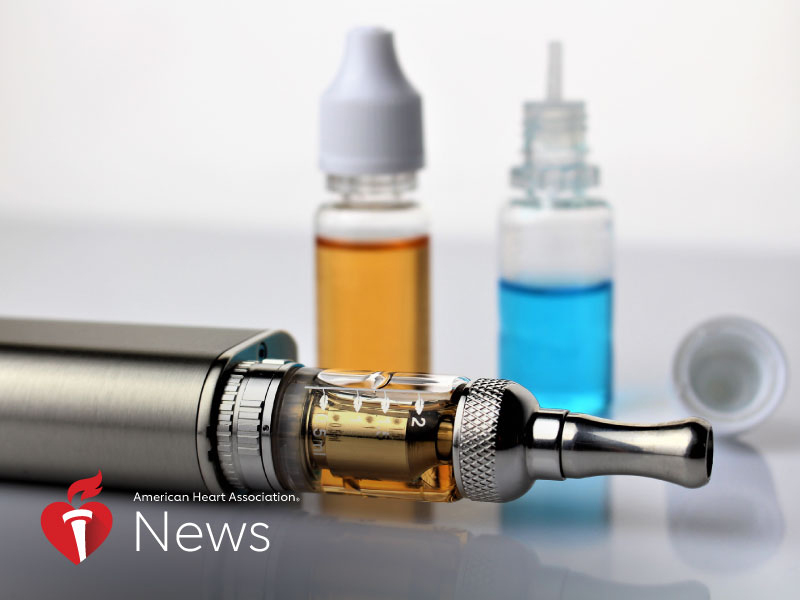 The patients, most of them young, began showing up at hospitals in the spring of 2019. Some were coughing, out of breath or feverish. Some were vomiting or had diarrhea. Some ended up in intensive care, needing oxygen.

They had been vaping, and their condition acquired the name EVALI, for e-cigarette or vaping product use-associated lung injury. In simple terms, it’s a miserable experience, said a doctor who saw several EVALI patients.

“I tell you, it’s not an easy thing to go through,” said Dr. Fariba Rezaee, a pediatric pulmonologist at Cleveland Clinic Children’s in Ohio, who published a small study about the disease earlier this year in Pediatric Pulmonology.

EVALI peaked in September 2019, according to the Centers for Disease Control and Prevention. By the time the CDC stopped posting updates about the disease in February, more than 2,800 cases had been logged, along with 68 deaths.

Most of the cases involved people who had been using products – “particularly from informal sources like friends, family, or in-person or online dealers” – that contained THC, the main psychoactive compound in marijuana, the CDC said.

The disease was then strongly linked to vitamin E acetate, which had been added to the vaping fluids as a condensing agent. As word got out and actions were taken to remove such products, reports of EVALI cases plunged by January.

“We don’t know all of what’s in these products,” said Blaha, who works with the American Heart Association’s Tobacco Regulation and Addiction Center.

Even when potentially harmful substances – such as lead or volatile organic compounds – are identified, he said, doctors don’t always know what they might be doing, or how long it might take for possible damage to show up.

As opposed to traditional cigarettes, which don’t vary much from brand to brand, e-cigarettes and vaping products come in many forms, making them hard to study. People who use them often use multiple substances, making it hard to zero in on effects. “And all that makes it very difficult to, in the near term, prove or disprove the toxicity of e-cigarettes,” Blaha said.

But EVALI followed a somewhat familiar pattern of acute lung injury, he said. That means it could be a sign that a related “chronic, smoldering type of tissue injury” could show up later as heart or lung damage. “I do worry that it could be just the tip of the iceberg.”

For instance, EVALI might be a type of injury that appears suddenly in the most susceptible people and years later in others, he said.

Young people who vape tend to dismiss such risks, Blaha said, as evidenced by the dramatic increase in vaping among teens in recent years. “They’re only worried about the here and the now. I’m not sure too many of them are thinking about what this might be doing a decade or more later to their health.”

According to the latest data from the CDC, 3.6 million U.S. middle school and high school students use e-cigarettes, as do 8.1 million U.S. adults.

Rezaee’s study involved seven adolescents with EVALI, many of whom had no idea about the potential risks from vaping. “They had no idea that it was going to be that bad,” she said.

Attention to EVALI faded right as the coronavirus outbreak began in the United States. While smoking is already on the CDC’s list of potential risk factors for severe illness from COVID-19, research is only now beginning to clarify the risk associated with vaping. A recent study in the Journal of Adolescent Health found the odds of being diagnosed with COVID-19 were five times higher among young adults who used e-cigarettes compared to those who didn’t.

To prevent future problems, Rezaee recommends pediatricians speak to patients as young as 12 about their e-cigarette experiences. Parents should be out of the room – but should have their own conversations and be aware of the many forms that e-cigarettes can take.


How to Quit Smoking: 13 Tips to End Addiction
See Slideshow


For people who find themselves in the habit already, Rezaee asks her patients “to quit it cold turkey if they can do it.” If not, she said, she suggests they decrease their use over time and then quit.

Blaha said that in general, many of the same strategies that help people quit smoking should apply to vaping. Setting a date to quit can be helpful, he said. Behavioral therapy can help, too. “And in select circumstances, consider the use of FDA-approved smoking cessation medications.”

Rezaee hopes young users get the message about the dangers of vaping. She thinks of the fearful teenage EVALI patients she saw in the ICU, worried if they would recover and make it to college. “It’s so hard.”

How To Prevent And Treat Dandruff