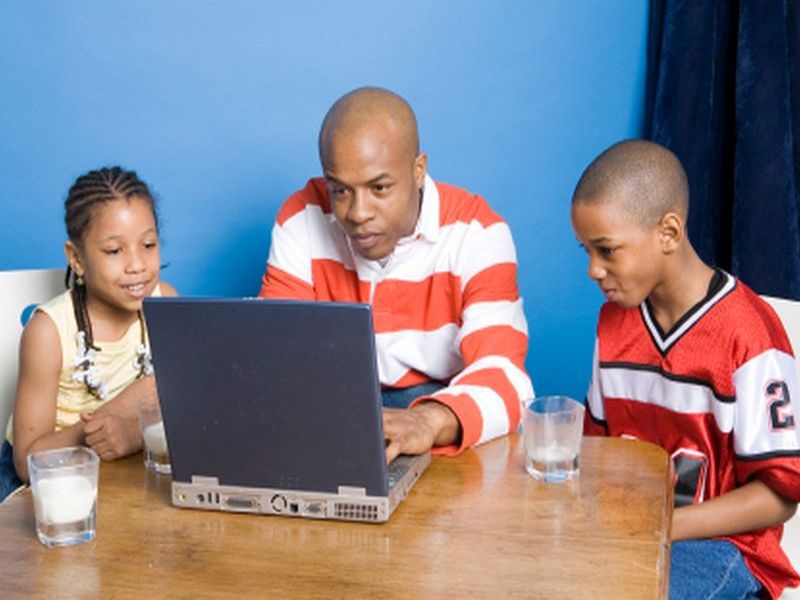 As the school year begins across America under the shadow of COVID-19, a new survey shows most parents are feeling overwhelmed and abandoned.

Just 1 in 7 parents said their children would be returning to school full time this fall, and most children need help with remote schooling, The New York Times survey released Wednesday found. Yet, 4 in 5 parents said they would have no help in that endeavor, whether from relatives, neighbors, nannies or tutors. As well, more than half of parents said they will be taking on this burden while still holding down paid jobs.

Of course, when both parents are wage earners who need to work outside the home, they cannot be in two places at once. But three-fourths of these parents said they will be overseeing their children’s education, and nearly half plan to handle child care, according to the survey of more than 1,000 parents polled between Aug. 4 and Aug. 8.

Of the parents who are both working remotely during the pandemic, 80 percent will also handle child care and education, the survey showed. One in five are considering hiring a private teacher or tutor to help with remote learning.

“All the choices stink,” Kate Averett, a sociologist at the University at Albany in New York who has been interviewing parents since the spring, told the Times. “There is a lot of stress, a lot of anxiety. Parents tell me about not being able to sleep because they’re so anxious, or tell me they’ve been crying a lot. There’s been a lot of actual crying during interviews.”

Meanwhile, two more universities have joined the University of North Carolina at Chapel Hill in announcing a halt to in-person instruction, the Washington Post reported. After making the move on Tuesday following a spike in coronavirus cases during the first week on campus, the University of Notre Dame said the switch will last for at least two weeks.

University spokesman Paul Browne told the Post that a significant number of the confirmed cases were connected to two off-campus parties where students, mostly seniors, did not wear masks or practice social distancing. Most of those who have tested positive live in off-campus housing, and those students have now begun to infect students who did not attend the gatherings, Browne added.

Notre Dame will also close public spaces on campus and restrict dormitories to residents. Students who live in off-campus housing have been barred from campus, the newspaper reported.

Meanwhile, Michigan State University shifted its reopening plans on Tuesday, telling students not to return for the start of classes in two weeks, the Post reported.

In a bit of good news, scientists reported this week that they are seeing signs of lasting immunity to the coronavirus, even in those who only experience mild symptoms of COVID-19.

A slew of studies show that disease-fighting antibodies, as well as B-cells and T-cells that can recognize the virus, appear to persist months after infections have run their course, the Times reported.

“This is exactly what you would hope for. All the pieces are there to have a totally protective immune response,” said Marion Pepper, an immunologist at the University of Washington and an author of one of the new studies, which is now undergoing review by the journal Nature.

“This is very promising,” said Smita Iyer, an immunologist at the University of California, Davis, who is studying immune responses to the coronavirus in rhesus macaques, told the Times. “This calls for some optimism about herd immunity, and potentially a vaccine.”

Although researchers cannot predict how long these immune responses will last, experts consider the data to be the first proof that the body has a good chance of fending off the coronavirus if exposed to it again.

“Things are really working as they’re supposed to,” Deepta Bhattacharya, an immunologist at the University of Arizona, told the Times. Bhattacharya is an author on one of the new studies, which was published on medRxiv, a pre-print server for health research that has not yet been peer-reviewed.

By Wednesday, the U.S. coronavirus case count neared 5.5 million as the death toll neared 172,000, according to a Times tally.

Elsewhere in the world, the situation remains challenging.

India has passed Britain to have the fourth-highest death toll in the world from the coronavirus, after the United States, Brazil and Mexico, the Post reported.

By Wednesday, India had more than 2.7 million confirmed cases of the infection and nearly 53,000 deaths, a John Hopkins tally shows. Britain remains the worst-hit country in Europe, the Post reported.

Brazil is also a hotspot in the coronavirus pandemic, with over 3.4 million confirmed infections by Wednesday, according to the Hopkins tally. It has the second-highest number of cases, behind only the United States.

Cases are also spiking in Russia: As of Wednesday, that country reported the world’s fourth-highest number of COVID-19 cases, at over 935,000, the Hopkins tally showed.

Even New Zealand, a country that hadn’t seen a new coronavirus case is 100 days, hasn’t been spared.


On Monday, New Zealand Prime Minister Jacinda Ardern said the country’s general election, scheduled for Sept. 19, would be pushed back a month, the Post reported. The move comes as New Zealand grapples with a new wave of COVID-19 infections that have prompted a return to lockdown restrictions in parts of the country.

Worldwide, the number of reported infections passed 22.1 million on Wednesday, with over 781,500 deaths, according to the Hopkins tally.

Test Yourself With This Burpee Pull-Up Workout